Probiotics, One of the leading health issues in society today; is the growing number of heavier people and obesity.

I remember when I had my pre-employment medical examination. The doctor was so prejudiced and bias that simply because I weighed 115 kg.

He did not provide me with any clearance and wanted me to seek and consult a second opinion.

An endocrinologist said that I might be heavier; due to a problem with my thyroid glands or something.

What he did not know. I did not anymore tell him since I did not have; a face-to-face with him when releasing my medical results.

I already lost weight with my current weight during the medical examination. How? I had to simply take in Provita Probiotics.

If we investigate our digestive system. It is a product of several microorganisms that can be simply classified into good and bad bacteria.

To understand the effects of probiotics on weight loss. You need to start with an understanding of the key players.

There are two first families of bacteria in the gut:

This means that heavier individuals carry gut microbes. That is done to efficiently extract the bad parts of our food. Namely from fat and sugar, and the implication is that by modulating our gut flora. To maximize Bacteroidetes and minimize Firmicutes.

We can optimize healthy energy harvesting from our food and kick our obesity problem to the curb.” Put another way: “If we choose the right blend of bacteria, the scale can tip in our favor,” he says.

PROVITA, as a probiotic supplement, composes of several components. That all aid in improving our digestive system and reduce fat in our body, especially belly fat. These components include: 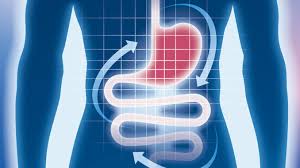 Helps takes the nutrients we ingest in food into our bodies. It also helps in preventing the increase of bad bacteria.

A study conducted in 2015 showed that fermented milk containing B. lactic may improve gastrointestinal symptoms and well-being. And it concludes that this was true because of changes it created in gut motility, hypersensitivity, and even leaky gut.

Another study demonstrated that when people took a strain of B. lactic, called BB-12, in conjunction with Lactobacillus rhamnosus GG. They had decreased amounts of dental plaque and reduced inflammation in the mouth.

This has led us to increase our understanding of how oral health ties to gut health, and why having a healthy oral microbiome is important.

One recent article suggested the disruption of the gut microbiome in autism spectrum disorder (ASD). Extends to the oral cavity and that looking at the oral microbiome could be helpful in evaluating ASD status.

This is just one example of how oral health is tied to gut health and overall health, as well. Another fascinating study demonstrated that B. lactic reduced fat mass and glucose intolerance in mice with diabetes and obesity.

It discerns that it reduces levels of the pro-inflammatory substance.

Called lipopolysaccharides (LPS) from bacteria that are associated with the leaky gut; were one of the mechanisms by which this occurred.

We already know that an imbalance of bacteria in the gut can be known. With a variety of different conditions and diseases.

So, this is a great example of how a good guy can add to the ecosystem; and help tip the balance in favor of health, rather than disease.

In this case, this probiotic helped improve blood sugar balance and weight. A strain of B. lactic, known as HN019, has been shown to have a significant impact on those with metabolic syndrome.

This probiotic had beneficial effects on inflammation. Nitric oxide metabolites, and antioxidant measurements; and the authors of the study stated that if their results confirm. Supplementation with this probiotic should consider further.

Furthermore, it’s fascinating how adding a probiotic strain to your lifestyle routine; can create such improvement in one’s health.

It goes to show you how even a slight imbalance between the good bugs and bad bugs. Your gut can cause and contribute to so many different medical conditions and symptoms.

It lowers cholesterol levels in the body. Although there is not as much research done on such strains of probiotics, certain researches reveal that Bifidobacterium Bifidum. Shows promise in treating the following conditions.

A type of infection in the intestinal lining caused by harmful bacteria. And paucities, a complication of surgery for ulcerative colitis

These are just the first two components found in Provita Probiotics. We have not further gone into the other components as this may come up to be a very long note.

We would just like to educate people on the powerful effects of Provita Probiotics. Being a probiotic supplement that has 16 strains or types of probiotics.

In the market that all provide us with the needed benefit of improving our GUT or digestive system and promoting weight loss.

Further studies by health and medical practitioners reveal that Probiotics have the following effects:

For some dieters, removing consumed fat from the body before; it has a chance to do damage would be a great help.

Probiotics may increase the amount of dietary fat that deliver by the body through feces. According to the results of a study published; in Lipids in Health and Disease by Japanese researchers.

Fat consumed by the subjects was not as easily digested for use or for storage by the body. In those who were given certain probiotics, resulting in excess consume fat is eliminated; by the body through the digestive tract.

As the fat was being emulsified through normal bodily processes. Fat droplets were found to be larger in those who were given the specific probiotics.

While the mechanism of action is unknown currently. Perhaps the larger droplets of fat are not able to be used as easily by the body, allowing them to release as waste.

Those who have a hard time losing those extra pounds. Because they feel hungry all the time might want to think about using probiotics for weight loss.

It seems that certain probiotics may influence how satisfied you feel; by regulating the way your body reacts to a hormone called leptin.

Leptin produces fat cells to let the brain know that there is enough stockpile away for energy. The brain can then signal the body to reduce appetite.

However, those who are heavier may develop what is known as leptin resistance. Where the brain can no longer properly identify those signals when leptin levels get way too high.

Research in the British Journal of Nutrition showed that probiotic supplementation. Helped leptin signals reach the brain, allowing subjects to feel more satisfied after eating. In turn, this can help individuals to eat fewer calories to better help with weight loss.

While certain probiotics have been shown to move some of the extra fat that consumes; out of the body before it can cause problems. It appears that probiotics may help to reduce the amount of additional fat that is kept in the body.

The reduction of increased fat stored occurred even with excess food intake. Research by Osterberg, et al, published in the journal Obesity.  Show that those who were set a certain probiotic gain less weight; while eating too many calories differentiates from those who were given a placebo.

Another study shows how the good bacteria in the gut may affect this. Aaronson, et al, in a study published in PLOS ONE, found that a certain protein; can help to prevent the accumulation of fat within adipose tissue.

This protein increase with a proper balance of the microbiome in the gut. Effectively reducing how much consumed fat is stored for later use.

While these studies did not necessarily show the benefits of probiotics for weight loss. It showed that the use of probiotics can help with weight management; by reducing the number of extra calories kept as fat.

Another way that probiotics have been shown as useful regards body weight. Is it their ability to reduce the amount of fat that is currently being kept by the body?

This process begins in the gut, according to research by Omar, et al, listed in the Journal of Functional Foods.

By increasing the number of specific good bacteria in the intestines using supplementation of probiotics. Researchers were able to induce a change in body composition in the subjects.

The probiotics changed the way the body utilized food for energy; allowing for an increase in the use of existing fat stores for fuel.

Individuals noted a decrease in body fat, specifically around the organs. The probiotics given in the study helped subjects to enjoy more weight loss, a healthier BMI, and loss of belly fat. 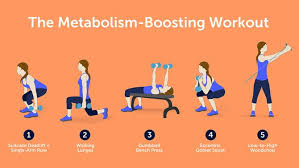 By equalizing the levels of beneficial bacteria that are found in the digestive tract. Probiotics can help the body to function more effectively.

The same study that showed probiotics may reduce the amount of fat that is already; stored in the body draws interest in the ability of these same probiotics to increase metabolism.

Therefore, healthy metabolism continues to use calories, even when you are not exercising.

Fat is a little more difficult for the body to digest. So many dieters find that they lose muscle over fat stores when eating a calorie-restricted diet.

Because probiotics may change how the body utilizes macronutrients for fuel. These beneficial bacteria can help the body to burn fat for fuel rather than the protein stored in muscle.

Those who take probiotics with their healthy diet and exercise program; may enjoy a higher calorie burn even during inactive periods.

Finally, how do probiotics help? Well, personally, my first month of use has allowed me to lose 15 kgs; coming from a weight of 125 kgs to now 110 kgs and it does not stop there.

I noticed that I don’t constipate, my bowel movement became regular; and I get the feeling of being content with my food intake faster compared to before.

So how do probiotics help? Well, personally, my first month of use has allowed me to lose 15 kgs. Coming from a weight of 125 kgs and now just 110 kgs and it does not stop there.

Wish to get your hands on your own items, Shop for your Healthy Lifestyle Products Here.

Real Talk about Weight Loss | Lose Weight and Keep it Off?

Lemongrass tea, How to Lose Weight with Lemongrass