If you’re serious about changing your body, you’re probably already eating well, getting plenty of protein for muscle growth, and laying off the sugary carbs to preserve your muscle/abs.

Just the same, we bet you could do even better. If your eating habits aren’t quite up to speed, I’m here to get you started.

These seven easy nutritional upgrades will build muscle, trim fat, and help to keep your body in peak condition.

When companies remove the fat from yogurt, they usually add sugar to make up for the loss of flavor.

Greek yogurt is naturally much creamier than plain yogurt, so you can’t really tell it’s fat-free, and it has more than twice the protein and only half the carbs.

For more flavor, add your own fruit such as berries or banana.

mercury than other types of tuna and has low levels of healthy omega-3 fatty acids.

For quick salmon burgers, mix one can of salmon with one whole egg, one chopped scallion, two crushed whole-wheat crackers, and a splash of low-sodium soy sauce.

Shape into patties and cook in a nonstick skillet for five minutes on each side over medium heat.

Milk has vitamins, minerals, and some of the best protein on the planet, but the sugar in it can inflate your waistline.

Calorie Countdown is just like regular milk, but with some of the sugar removed.

The chocolate version has 90% less sugar than regular chocolate milk (for a list of retailers and additional info on Calorie Countdown’s availability nationwide, check out hphood.com).

Even though whole-wheat pasta contains more fiber than the conventional kind, a serving can still pack as many as 40 grams of carbs.

Spaghetti squash, once cooked, can be shredded to replicate spaghetti. The result is a tasty bowl of “pasta” without a lot of fattening carbs (about 10 per serving).

Spaghetti squash is also a great way to sneak another couple servings of veggies into your diet. Preparation: Cut it in half lengthwise and scoop out the seeds.

Microwave both halves for seven minutes, flip them over, and microwave for another seven minutes. When they are done the cooking, rake a fork down the inside of the meat of the squash. Strands of “spaghetti” will magically appear. 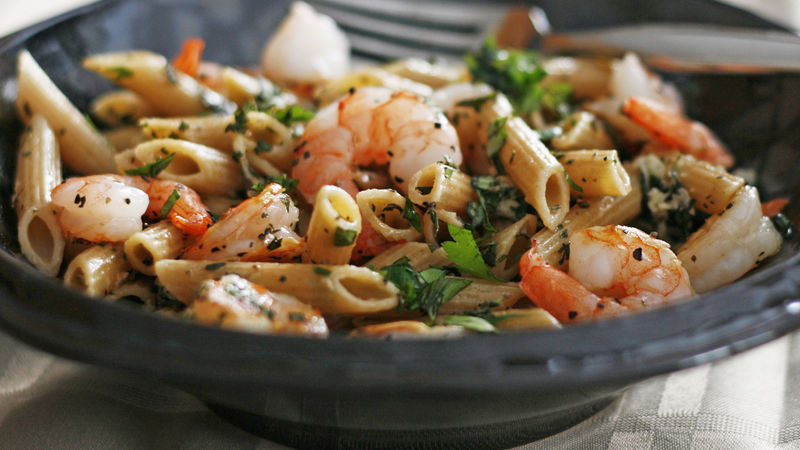 Drinking A Shake with a Mixture of Protein and Carbs.

(Muscle move: A Carb/Protein shake plus a dose of BCAAS)

A carb- and protein-rich shake will jump-start your recovery after a weight workout, but by adding a shot of branched-chain amino acid powder to the mix, you can further boost your muscle growth.

BCAAs like leucine help stimulate the production of insulin the body’s most muscle-building hormone-and trigger the genes responsible for muscle growth.

Add five to 10 grams of powder to your shake (or if you buy them in capsule form, simply unscrew the cap and pour them in).

You’re Drinking A Cup of Coffee.

Aside from improving overall health and fighting cancer, green tea has been shown to help reduce stomach fat by increasing fat oxidation directly in your abdomen.

Shoot for at least three cups a day. If you can’t do that, grab a green tea extract supplement.

Having A Slice of Skinless Chicken Breast.

If you’re having trouble gaining muscle weight, you may want to switch to lean beef. Red meat has plenty of protein, but also creatine, and more vitamins, minerals, and calories than. chicken. It could be the change you need to get your muscles growing again.

Don’t be fool by these misconceptions.

Ground turkey is a better option if you can find 99% lean ground turkey. Otherwise, you’re better off going with extra-lean ground beef. Either way, always go for a package with 3% fat or less.

Yet research shows that both kinds of oats have the same effect on blood sugar. Steel-cut oats take 30 minutes to cook and rolled oats only five or less, so base your decision on the time you have.

My Yoga Experience, and Weight Loss, Different Types Of Yoga

Bodyweight Exercise, 3 Ways in Which You Can Optimize the Use