The study of aging is an exciting field of science and incorporates the latest research in molecular genetics, medicine, and nutrition.

When we look at a person who is older, we can distinguish some characteristics that can tell us that the person is old. It could be the white hair, the wrinkles, or the bent posture.

The distinction between the changes of “normal aging” and the changes that result from chronic illnesses can be quite blurry.

The changes that result in normal aging may increase the risk of developing chronic illnesses.

Changes to the heart and blood vessels, for instance, will increase the risk of developing high blood pressure and suffering a heart attack.

On the other site, many chronic illnesses often speed up or exacerbate the aging process of an organ or tissue. Diabetes, for example, can speed up age-related changes in the heart and other organs.

What about the Aging Clock?

People have long thought about the idea that a person’s life is predetermined. Lately, scientists have shown that our DNA provides genetic signals that tell individual cells to stop dividing or die.

From the day we are born, our cells start to age. No one has discovered how we can stop our cells from aging. Even the cells of the healthiest person will eventually die.

Can we do anything to prevent our cells from killing themselves?

There is one scenario where these programs are turned off. It is called cancer. But of course, cancer brings its own threats to our longevity.

Some scientists believe that cancer cells arise when a cell has no longer the normal mechanism to eventually stop dividing and die.

This is important because many kinds of literature on aging will tell you that you must try to stop or reverse the aging process.

Not only are these goals unobtainable, but they could also cost you a lot of money and endanger your health. Instead, we should focus on healthy aging. 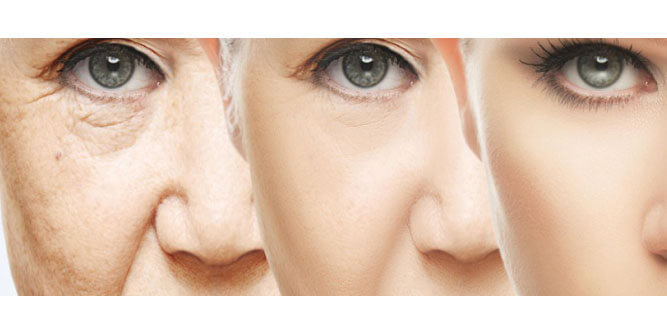 Can specific genes determine how long we live?

No one has discovered the gene that is responsible for our growing old. There is no single aging gene.

Rather, our best guess is that many genes are responsible for our growing old. However, how these genes work together remains a complete mystery.

The role of Evolution in Aging Darwin’s. The theory relates to the ability of an animal to reproduce and is based on the survival of the fittest-individual organisms; that can survive and thrive and will pass their genes on to the next generation.

Darwin showed those traits that allow an organism to reproduce more effectively will be “selected for”. However, the theory of evolution may not be related to longevity.

Natural selection enables the strongest mechanism to survive throughout their reproductive years. It does not necessarily work to improve how long the animal will live once it stops reproducing.

For example, the traits that allow a silverback gorilla to be more muscular will improve his chances of mating, but they will not make him live longer.

He points is, that there is no evolutionary selection pressure that would allow organisms to live beyond their reproductive years.

Therefore, the genetic factors that allow a fruit fly to live longer do not have to be the same as in other animals or in humans.

The Free Radical Theory of Aging Like car engines, our body needs fuel for energy, which comes from our food.

In the process of breaking down food into fuel, our cells generate molecules called oxidants or free radicals.

Free radicals are used by the cells for various functions.

However, if the number of free radicals is getting too high, it can cause damage to our cell’s DNA, proteins, and membranes.

Fortunately, our cells make a variety of enzymes that neutralize these oxidants, keeping the amount of damage to a minimum.

For these enzymes to work well, they need to partner with a cofactor. Cofactors include vitamins A, C, and E, beta-carotene, and vitamin B family.

At a certain point, the damage will make it harder for cells to multiply or even survive.

The theory holds that the better these enzymes work; the less free radical damage will occur and the longer a life the organism will live.

While free radicals are damaging, don’t forget that over the years your body takes a beating.

Like a set of tires that have been driven for eighty thousand miles; you will certainly see signs of wear and tear, regardless of how carefully you have driven.

With a decreased ability to repair damage and make new cells, your tissue and organs will accumulate the wear and tear of aging.

Give the Free Radical Theory a correct explanation of why people age.

The free radical theory of aging makes a lot of sense and has much research to support it.

Fruit flies and mice with genetic mutations that increase the ability of the enzymes. Remove free radicals often live longer than those without these mutations.

A few authors suggest that the research perfectly supports this theory.

This is not to say that the free radical theory is without some merit but to show that the molecular mechanisms responsible for aging are infinitely complex.

It is, therefore, no surprise that human research studies involving people using antioxidant vitamins have failed to prove that they live longer.

There is no theory to explain why we age.

While science has given us some insights, no one theory can neatly and completely explain how and why people age.

Scientists have noted for years that many proteins in the body become damaged, causing them to work less efficiently.

In addition, scientists believe the weakening of the immune system also plays a role in the aging process.

As the immune system weakens, the body becomes more susceptible to a variety of cancers and illnesses.

Many scientists have noted dramatic changes in the levels of certain hormones with aging.

Ultimately, the aging process is complex, and we have much to learn. Don’t believe anyone who claims to have a simple answer.

You can’t stop the body from aging There is no way that we can stop the natural process of aging.

While you may be able to slow down the rate a bit, all our cells must eventually die or stop dividing.

As the cells die.

all tissues and organs in the body will get weaker. At a certain point, even the youthful Dick Clark stopped looking like America’s oldest teenager and started looking his age.

The important point here is that no matter how successful you are at slowing down the aging process. It is inevitable that at some point in the future you will look in the mirror; notice that you are staring at an old person.

There are differences between the older the term older citizen is often used for all people over the age of sixty-five.

Other terms used for this large portion of the population are older, geriatrics, and older adults.

Because we are all aging at different rates, one must be careful when labeling all people sixty-five and over.

A sixty-seven-year-old man who still works and plays golf is quite different from a ninety-two-year-old woman who lives in a nursing home and is unable to take care of herself. 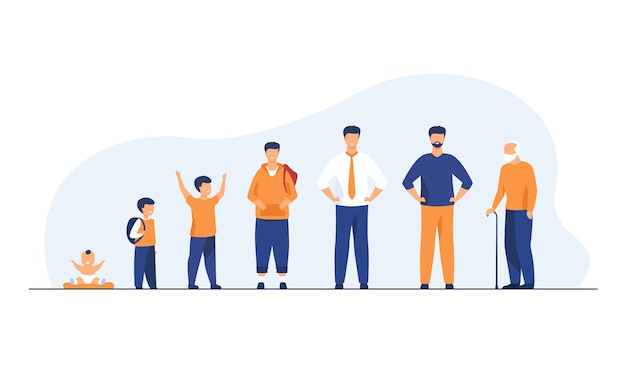 We need to always remember that the frail older adults who live in a nursing home. Are often a whole generation than the healthy older people we see play golf or tennis daily.

The medical literature refers to the former group by using the adjectives community-dwelling or healthy while referring to the latter as frail.

What does “frail” mean?

We all have a picture in our minds of what a frail person looks like. Although every reader may have a different image of what this means; when geriatricians think of a frail person as someone who is very far along in the aging process.

A college football player has strong bones that can withstand the impact of getting tackled hundreds of times, but we don’t see a ninety-five-year-old man playing football.

His bones may be so thinned out of osteoporosis that they will break if the person merely slips in the locker room.

Marathon runners have lungs and a heart that are strong enough for them to run the 26.2-mile distance. In contrast, our ninety-five-year-old will probably get out of breath walking up several flights of stairs.

Frailty should not be thought of as an all-or-nothing phenomenon. It is not like being pregnant. A woman is either pregnant or not pregnant.

There is no in-between. In contrast, can be a little frail or very frail. One ninety-year-old man may need some help fixing their ties, while others are sequestered day and night in bed at a nursing home.

People don’t wake up one day and become frail. This is usually a gradual process.

Why it is important to know about these changes.

The concept of frailty is important in understanding many of the problems that arise in geriatrics.

The person whose body is gradually deteriorating may not notice any difference until it goes below some threshold level. For the person who is “just getting by” the stress on the body from an acute illness may be too much.

Want to get your hands on your own products, Shop for your Healthy Lifestyle Products here

Healthy Heart, Good Habits, for Your Heart, And Brain.