Activity is important to maintain a healthy body. When you are not sleeping your body was designed to be almost continually active.

If you immobilize a limb for just three hours, it starts to degenerate. That’s why even during sleep you automatically flex and stretch; turn more than a hundred times in one night. Inactivity is deadly!

You can read this in a report by Dr. Walter Bortz in the Journal of the American Medical Association in 1982.

He reviewed over a hundred studies showing that the sedentary lifestyle developed; in the last 50 years in America causes widespread bodily damage.

This damage occurs independently of other health risk factors, like smoking, alcohol, fat, age, and family history of the disease.

By itself, simple inactivity causes a chain reaction of cardiovascular decay. First, it reduces vital capacity.

That means, sitting like a slug reduces your ability to take up and use oxygen. As a result, muscles, organs, and the brain become partially oxygen-deprived.

In addition, inactivity reduces cardiac output, that is, the ability of your heart to pump blood around the body.

So, the tissues of couch potatoes become double deprived. They get less oxygen and less blood and the essential nutrients the blood contains.

To make up for these deficits, your body constricts arteries, thereby raising blood pressure.

This arterial constriction on top of a weakened heart not only increases the risk of clots and stroke.

But also makes your cardiovascular system less able to respond to sudden movement or changes of position.

With any sudden movements, they are prone to falls and accidents because the restricted system of blood flow cannot respond efficiently.

One of the most interesting studies.

This shows that more sedentary people than active people are hit and killed in traffic accidents.

Because their weakened cardiovascular systems make them incapable of performing. The nimble moves are required to avoid oncoming traffic, without becoming dizzy and staggering or falling in the process.

Inactivity also increases levels of cholesterol and triglycerides. Triglycerides are the fats you store, and we know that inactivity makes you fat.

Inactive muscles shrink, compromising your ability to burn fat, to perform even simple tasks, like running upstairs, and even to hold up your skeleton.

Bones are also thin and weak because your skeleton requires continuous resistance exercise in order to grow a new bone matrix.

A combination of inactivity and poor bone nutrition is the major cause of the epidemic of osteoporosis. Now burdening America – another man-made entirely preventable disease.

Inactivity also disrupts bowel function and disorders of glucose metabolism, independently of whatever food you eat.

The near epidemics of intestinal disorders and adult-onset diabetes in America bear mute testimony to our slug lifestyle.

The evidence is overwhelming that the incidence of male impotence in America has doubled since the 1940s.

Activity Can Save Your Life One of the best studies was conducted by renowned exercise guru Dr. Kenneth Cooper at his Aerobics Center in Dallas.

At the fifteen-year follow-up, a reduced risk of death was closely correlated with physical fitness. This included death from cardiovascular diseases, a variety of cancers, and even accidents.

There is no longer any doubt:

Exercise can save your life, while couch potatoes create an existence that is nasty, sick, and short.

The average sedentary American male aged 45 has lost half his ability to take up and use oxygen. With one year of the right exercise, he can restore it to the level of a 25-year-old.

Dr. Bortz rightly stated that the health benefits of restoring vital capacity are superior to any drug or medical treatment in existence.

In contrast to the weak cardiac function of sedentary folk, the athlete’s strength, a slow pulse is telling evidence of a healthy heart.

Many have rates in the 40s, and the Colgan Institute; one recorded champion cyclist Howard Doerfling at an incredible 29 beats per minute.

Sedentary folk, however, are likely to show heart rates in the 80s or 90s. When heart rate rises above 84, the risk of coronary heart disease more than doubles.

We know that these people are already on their way to disease.

The risk of cardiovascular disease starts to rise as systolic blood pressure goes above 103 mmHg. By 120 mmHg, previously thought to be normal, risk has risen from 51 to 77 per 10.000 people.

That is an increase of 50%. By 135 mmHg, a level that many physicians still regard as marginal, but acceptable, risk has doubled.

Beyond 135 mmHg you are a walking time bomb. The same applies to diastolic blood pressure. The usual levels found on average people are 80-89 mmHg.

Recent research shows that these figures indicate a pre-disease state.

It’s easy to reduce blood pressure with the right exercise. Many studies show that exercise works for older people as well, in whom you might think the damage to blood pressure is permanent.

In a typical study sedentary hypertension patients, aged 55 to 78 years were followed. All had elevated blood pressure.

It forms part of all your organs, including your heart and your brain. Your body makes all your steroid hormones, including adrenalin, estrogen, and testosterone from cholesterol. You cannot live without it.

Most of your cholesterol is not from food at all.

It is manufactured in your body mainly by the liver. When a healthy person eats high cholesterol foods; the liver immediately reduces its own cholesterol production to keep blood cholesterol low and healthy.

Disordered cholesterol metabolism. Is the cause that blood cholesterol rises to dangerous levels; and is a man-made disease, caused mainly by our degraded nutrition and sedentary lifestyle.

Total cholesterol is mostly LDL, and this is still one of the best predictors of cardiovascular disease. You can measure this total cholesterol with a simple device at home, it is called the “Accumeter”.

What is a healthy cholesterol level? You may ask. The American Heart Association and other US health authorities made mid-1980 below 200 mg/dl their official recommendation.

Today we know that this is too high. In a comprehensive study by Dr. Jeremiah Stamler, he followed 356,000 men in 28 US cities.

Following his research, death rates from cardiovascular disease start to rise when cholesterol gets above 168 mg/dl.

Total cholesterol in sedentary American men and women rises over 200 mg/dl in their 30s and reaches about 220 mg/dl by age 45.

It’s clear that sitting like a slug exposes oneself to disease. Recent research shows that average cholesterol levels in runners and bodybuilders; ranged between 158 mg/dl and 183 mg/dl. It proves that exercise makes a healthy difference.

Cardiovascular diseases are far from our biggest health problem.

It kills more than twice as many Americans as all cancers; nine times as many as all other lung and liver diseases together, and 28 times more than all forms of diabetes.

There are good reasons to warn everybody to start an exercise program; to have a thorough medical and physician’s approval before they start.

Sudden exertion in sedentary people. “raises their chances of a heart attack by….100 fold! A health letter from the Mayo Clinic stated. “Most people who have heart attacks during activity are sedentary or have underlying heart disease and overdo it.”

Activity Prevents Cancer Most cancers are slow-growing diseases, eating silently away at your body for years before they show up.

Despite the overblown claims of successful treatment by the National Cancer Institute, once cancer emerges, medicine is usually powerless.

Remember the swift deaths of Michael Landon of pancreatic cancer and Jaqueline Onassis of Lymphoma.

If there was an effective treatment, don’t you think those immensely rich people would have bought it? So, if a little of the right exercise can prevent cancer, it’s worth all the gold in Fort Knox.

And above all, like the other best things in life, it’s free! From a study by Dr. Kenneth Cooper.  It showed that the incidence of all forms of cancer was closely correlated with a lack of physical exercise. Unfit men and women were 300% more likely to develop cancer.

But the best finding from this study is that you must move only a smidgen out of couch potato land to prevent cancer big time. 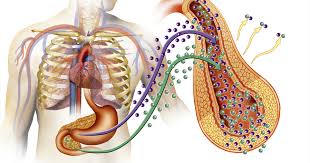 Activity Against All Diseases.

The right exercise is a major strategy for preventing and treating all diseases. Physicians who do not incorporate exercise into their treatment protocols are guilty of malpractice.

The right exercise maintains your heart, lungs, your muscles, your bones, a healthy level of body fat, and even your intestinal function.

But what about more subtle functions, such as insulin, and your body’s handling of sugar? We know that couch potatoes lead to glucose intolerance.

However, research has shown not long ago that getting off the couch not only maintains insulin function; to deal with the sugar but also can reverse decades of damage.

Research has revealed the major way in which activity protects you against all diseases. It started with evidence that exercise increases overall white blood cells.

Then came more precise findings that moderate exercise. Increases bodily production of lymphocytes, interleukin 2, neutrophils, and other disease-fighting components of the immune system.

There is no longer a doubt that the right exercise strengthens your immunity. Hence it strengthens your resistance against all sorts of damage, decay, bacteria, viruses, toxins, and even radiation.

Remember the wise words of Louis Pasteur, the father of modern medicine: “Host resistance is the key”.