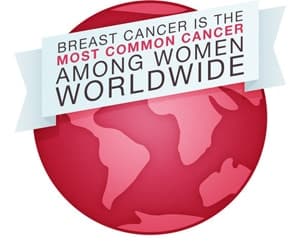 Cancer is the No 1 killer in the United States, causing 25% of all deaths, according to the American Cancer Society.

However, when it comes to cancer prevention. A healthy diet, consisting of fruits, vegetables, legumes, and whole grains can significantly reduce the risk of cancer.

Research shows that if we all ate more of the right foods and less of the wrong ones, the chance of getting cancer would be reduced by 30%.

Diet plays an important role when dealing with cancer. There are compounds in foods that can both prevent and help fight cancer at the cellular level.

Research recommends eating five servings of fruits and vegetables each day. This will reduce cancer deaths by 35%.

One study found that a diet rich in fruits and vegetables reduce the risk of pancreatic cancer – a particularly deadly one – in half.

Research has proved that eating just one serving of watermelon or pink grapefruit a day. It can reduce man’s risk of developing prostate cancer by 82%! Watermelon and pink grapefruit are high in a phytonutrient called lycopene.

In fact, watermelon contains about 40% more lycopene than fresh tomatoes – the vegetable most people probably think of when they think of lycopene.

When processed into a sauce. Juice or ketchup, however, tomatoes do yield more usable lycopene. Interestingly, a recent study found that organic ketchup; has up to three times more lycopene than ordinary kinds.

Probably because organic ketchup is made with riper tomatoes than other types of ketchup. The darker red the ketchup is, the greater its lycopene content.

The Power of Antioxidants Every day,

Your body is under the attack of free radicals, harmful molecules that have lost an electron. Nature anticipated this damaging threat by packing fruits; vegetables, and other foods with antioxidants.

Protective compounds that either stop or disable the formation of free radicals before they have a chance to do harm.

Besides the many compounds in foods that act as antioxidants in the body. Two particularly powerful and best studied are beta-carotene and vitamin C.

Beta-carotene is the pigment that gives many fruits and vegetables their lush, deep orange to red hues. However, it’s more than nature’s palette.

Beta-carotene has been shown to stimulate the release of natural killer cells, which hunt down and destroy cancer cells before they can cause damage.

You don’t need a lot of beta-carotene to get the benefits.

Research recommends getting 15 to 30 mg/day; the amount provided by one or two large carrots is probably all it takes. Cantaloupes, sweet potatoes, spinach, and Pop-Choy are all excellent choices of beta-carotene.

Another antioxidant, vitamin C, has been shown to help to prevent the formation of cancer-causing compounds; in the digestive tract. The Daily Value for vitamin C is 60 mg, which is very easy to get from foods.

Beans as a cancer fighter Beans are high in magnesium and can reduce the formation of colon cancer by 23%. Only a half cup of beans provides 43 mg of magnesium, which is almost 11% of the Daily Value of 400mg.

A study conducted by the Harvard School of Public Health. Found that women who ate beans twice a week had a 24% lower risk of developing breast cancer than women who seldom ate them.

Drink red wine as protection According to a study of more than 3,400 men by the Fred Hutchinson Cancer Research Center in Seattle. Drinking a 4-ounce glass of red wine a day may cut a man’s risk of prostate cancer in half.

Which wine is best? Researchers at the University of Mississippi. Tested 11 different types of red wine and found Pinot Noir from California. Have the most resveratrol, an antioxidant that can help ward off cancer and even heart attacks.

Tea is the second most popular beverage.

It has recently been shown to fight cancer. A Swedish study of 61,000 women found that those who drank 2 cups of tea a day lowered their risk of ovarian cancer by 46%.

Fiber against cancer Fiber is not a nutrient and was not taken seriously for a long time. AS it turned out, fiber does more than anyone ever imagined.

Consuming a high-fiber diet is essential for reducing the risk of certain types of cancer, particularly colon cancer. Fiber works against cancer in several ways.

Since fiber is absorbent, it soaks up water as it moves through the digestive tract. This makes stools larger. And the more quickly stools move, the less time there is for any harmful substances they contain to damage the cells lining the intestine. Also, fiber helps trap cancer-causing substances in the colon.

If you pick the right foods, Beans and certain vegetables are the best sources of fiber.

A half-cup of kidney beans contains 7 grams of fiber, and the same amount of chickpeas contains 5 grams. Whole grains are also good sources of fiber.

People with digestive disorders may not get all the nutrients they need. People who abuse alcohol are particularly prone to deficiency diseases; as are those who live in poverty. They regularly occur in many parts of developing countries.

You can also have, what’s called localized tissue deficiencies. That means you might have enough of a nutrient in your blood. But you might not have enough in specific tissues, such as your lungs or cervix. This puts you at risk for lung cancer and cervical cancer, respectively, and you’d never even know it!

Rickets is a bone-softening disease that occurs when the body doesn’t get enough vitamin D. Vitamin D is essential to transport calcium and phosphorous into the bones to prevent your bones are getting soft. Vitamin D deficiency is now recognized as an epidemic in the USA.

For most people, 15 minutes of sunshine will provide a Daily Allowance of 400 IU. The RDA (Recommended daily allowance) is 200 IU. But for optimal health, the recommendation is 600 IU. The USANA Health pack contains 500 IU per packet, with 2 packets per day.

Beriberi is trigger by a deficiency of thiamin, a B vitamin that is essential for helping the body utilize energy. Although beriberi is very rare in the USA. Bariatric surgery is causing a resurgence of it and the other nutritional deficiencies as well. Beriberi shows up one year after surgery.

Bariatric surgery (weight loss surgery) includes a variety of procedures performed on people who have obesity. Weight loss is achieved by reducing the size of the stomach. With a gastric band or through the removal of a portion of the stomach (sleeve Gastrectomy … Wikipedia

Pellagra In 1914, the year when World War 1 began, a terrifying epidemic swept through the South of the USA. Causing diarrhea; skin inflammation and in many cases death. More than 100,000 people were struck down, and worst of all, nobody knew what triggers it.

It wasn’t until 1937, that scientists understood that pellagra (meaning rough skin). Was because when people didn’t get enough niacin, a B vitamin, in their diet. Especially in the rural South. Where people relied on corn as their main grain; which contains a form of niacin that isn’t available to the body.

Today we’ve all but kissed pellagra goodbye in the USA, thanks to the fortification of flours and cereals. Which makes it very easy to get the DV of 20 milligrams of niacin.

However, pellagra is still common in parts of the world where people have a lot of corn in their diets. And it can develop after gastrointestinal disease, even from alcoholism. It can also be a complication of the eating disorder anorexia.

The amazing thing about scurvy is that you can reverse it almost instantly. By having several servings of food that are rich in vitamin C. In fact, sailors who were all but depleted of vitamin C were often able to recover in a matter of days after including oranges or lemons in their diets.

Furthermore, Scurvy has been virtually out for centuries. Yet today, vitamin C deficiency is cropping up in the most unexpected places. When an Arizona State University researcher tested vitamin C levels in college students; many were just on the sunny side of scurvy.

To get enough vitamin C in your diet, just pour some orange juice. One 6-ounce glass contains 73 milligrams of vitamin C. Other excellent sources include citrus and tropical fruits, broccoli, and sweet peppers.

The RDA of vitamin C is 60 mg and the recommended optimal level is 1300 mg. Although the RDA’s did a good job to eliminate Scurvy and Rickets. Consuming the RDAs does not even come close in order to prevent degenerative diseases. Which are still on the rise, and our epidemic health stats shows that!